Ascoli Piceno The City of 100 Towers 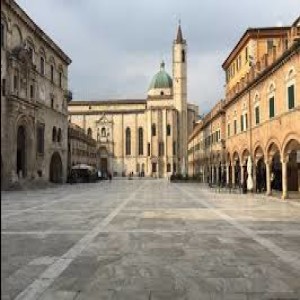 The province of Le Marche called Ascoli Piceno is a beautiful and diverse area of Italy. From its beaches to its ski slopes it is dotted with fascinating medieval hamlets and is steeped in history. The numerous castles, fortresses and medieval, roman and gothic architecture are an indication of the richness and importance of the history of this special area.

The town of Ascoli Piceno is the capital of the province and is known as the city of one hundred towers. It is said to have been founded a group of Sabines who were guided by a wood-pecker (a bird which was sacred to Mars) during its migration. Ascoli Piceno is certainly an ancient city dating back several centuries before the founding of Rome. The inhabitants were responsible for founding the all important salt road running between Lazio and the saltworks of the Adriatic coast. This fact led very quickly to Ascoli Piceno becoming an important trading centre.

The ancient history of this area means that there are many historical celebrations, both religious and non religious which have remained in place to this day. The most important and well known of these is the famous Giostra della Quintana which is a reinactment of the medieval jousting tournament. On the first Sunday of every August the city becomes awash with colour as all the residents and 1,500 extras parade through the streets.

History and culture are not the only things the Piceno province has to boast about, it is also appreciated for its well-organised, clean beaches with their fine sands on the Adriatic coast. The most well known of these is Riviera delle Palme which has an excellent reputation. It is an untroubled, relaxing beach suitable for both families and groups of young people.

Two National Parks, Parco Nazionale dei Monti Sibillini and Parco Nazionale dei Monti della Laga form part of this region adding to the already spectacular scenery. These two parks give the area the addition of the imposing Monti Sibillini and Monti della Laga mountain ranges which bring many ski slopes and hiking tracks for a wealth of outdoor activities. Another place of natural interest in the thermal resort of Acquasanta Terme. Its waters are well known for having right balance between the body and well-being in order to ensure health and beauty.

The region of Ascoli Piceno has the perfect mix of scenery and activities with its mountains, coastline and rich mix of history and culture. An added bonus to being here is that the cuisine has also remained unchanged over the centuries with recipes being handed down from mother to daughter. The rich, fresh flavours of these traditional dishes are readily available everywhere.