I consider myself extremely lucky for having had the opportunity to meet and work with many international celebrity chefs. 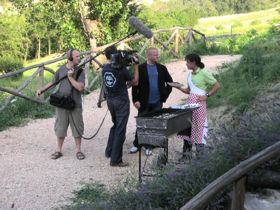 Heston Blumenthal
In April 2009 I was honoured to work with Heston Blumenthal, one of the best chefs in the world and the owner of many of the most excellent English restaurants like the three-Michelin-starred Fat Duck.
I was thrilled to be featured as local consultant in one of the episodes of the British programme at Channel 4, “Feast with Heston Blumenthal”, where I helped him in the research of the most relevant recipes of our territory like porchetta (a particular kind of roasted suckling pork), salami and ciauscolo (a spreadable kind of salami). 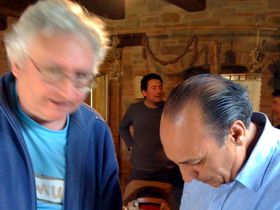 Gennaro Contaldo
I also had the chance to meet Gennaro Contaldo. Very popular in London, Contaldo has brought the true flavour of Italian cooking to many famous English restaurants. In the 1990s he was the mentor of Jamie Oliver, one of the most important chefs in the culinary world. Contaldo is a very popular celebrity chef, appearing as food expert on various TV programmes such as: ‘Good Food Live on the BBC’. In recent years he also published several cookbooks like ‘Passione’, winner of the Gourmand World Cookbook – Best Italian Cuisine Book in 2003, ‘Gennaro’s Italian Year’, ‘Gennaro’s Italian Home Cooking’ and ‘Gennaro’s Easy Italian’. 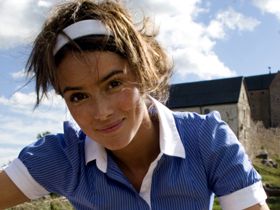 Sara Lafountain
In September 2012 I organized an interesting wine and food tour in Ascoli Piceno for Sara Lafountain, a famous fashion model and Finnish-American celebrity chef. I had the pleasure to go shopping with her in many local supermarkets and little stores, where she could buy a large variety of fresh products, which had been later used in the cooking class she took for some representants of a well-known Finnish insurance company, Fennia (in collaboration with the agency Ameno). 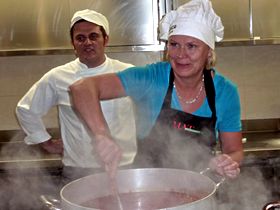 Maud Onnermark
In September I also arranged another wine and food tour in the beautiful city of Pesaro together with Maud Onnermark, a famous Swedish TV chef. I guided her to the discovery of many typical cheese varieties and the fine red wine Lacrima di Morro d’Alba. I also involved her in a truffle hunting and in a cooking class in order to learn how to make pasta with herbs. 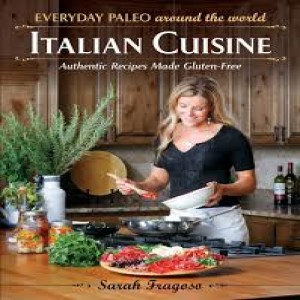 Sarah Fragoso
In October 2012 I collaborated as local consultant during the filming of a documentary about Le Marche together with the celebrity chef Sarah Fragoso, a famous author of various national best-sellers like Everyday Paleo Family Cookbook. Sarah interviewed me and posted the video entitled An Intro to the Beautiful Marche! on her personal blog EVERYDAY PALEO Recipes for life. We talked a lot about the importance to keep the old regional traditions alive and to use the fresh products grown by local farmers and small food suppliers. Thanks to a wine and food tour in thePesaro area, Sarah and I went exploring new gluten-free products that she wisely used to prepare tasty dishes during a short cooking course. 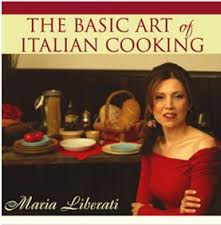 Maria Liberati
In 2013 I was asked by Maria Liberati to be the recipe cosultant for
Central Italy in her new book ‘The Basic Art of Italian Cooking’. We
have also extended our collaboration to include organizing her filming
locations for her television show on PBS in the US. 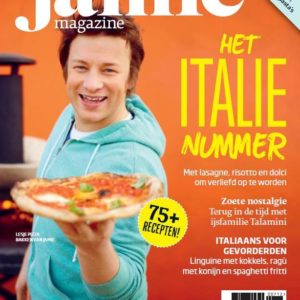 Jamie Oliver
For the May/June 2012 edition of the ‘Jamie Magazine’, I was commissioned by the editor’s consultant in Italy, Gianluca Giorgi to plan a food tour of the artisan products and producers in the zone of Ascoli Piceno as well as dinner at the Agriturismo Ramuse of my very good friend Paolo Ciccioli