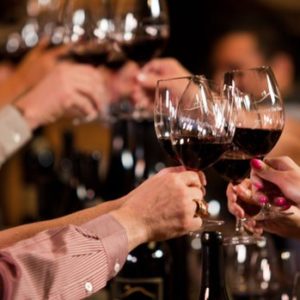 Until the first half of the seventies agricultural policy was aimed at quantity and wine was considered a means of making an income. For this reason the vineyards planted at that time were almost exclusively “generous”; that is vine-yards capable of offering the families that lived in the countryside consistent quantitative product. The majority of this production went to the regions of Northern Italy. The national wine growing sector was brought to its knees by the methanol scandal, but it was in the wake of this scandal that the sector started to question itself about choices concerning production and wine-making.

As a result some regions became leaders for research work on the clones for new wine-yards, with the sole objective of raising the quality and image of Italian wine, In the Piceno quantity production had above all involved the Trebbiano and San-giovese vineyards. Of the vines that typify the province of Ascoli Piceno the Passerina and Pecorino continued to emerge ever more distinctively as far as white grapes were concerned and the Mokepulciano for the red grapes that contributed to the production of the Valerio dei Galli Ascolani, Rosso Piceno and Offida DOCs.

The big turning point in wine growing in the Piceno, however, took place in the nineties when the wind of change concerning new technical-enological developments and internationalisation began to blow in the Piceno too. In these years the situation changed from a policy of quantity to a policy of quality; the “must” implemented by the Piceno wine-growers was by now the search for undisputed quality Without a doubt pressure from the specialised press concerning the debate about quality, research and productive specialisation and from consumers themselves, with the growing trend in interest and knowledge of the world of wine, played a key role in this change in wine production in the Piceno.

Other pressures to commit to producing wine in the vineyard in a skilled way, to producing wine in obedience to the new technologies recognised by university research, have strongly involved the Piceno wine-growers who have taken up the challenge thrown down to them by their colleagues from other regions in view of the global market. The ten years from 1995 — 2005, thanks also to the influx of European Community financial resources, were therefore characterised by the modernisation not only of the vineyards but also of the cellars, deciding more composite company projects that above all can to withstand global competition better.

If you walk through the Ascolana vineyards today you can identify other varieties of vines that, even if not autochthones, are of great value io the territory, among which must be cited the Trebbiano and in particular the Trebbiano Toseano, the Verdicchio and the Sangiovese. And we shouldn’t be surprised to find vine varieties of “international fame” in the Ascoli vineyards, such as Chardonnay, Cabernet Sauvignon, Merlot, Sauvignon, Cabernet Franc, Pinot Bianco, Pinot Grigio and Pinot Nero.